It says Homosexuality is Unnatural because its can’t procreate. let me tell you if its unnatural then why do Animals display Homosexual behavior?  one more thing if having sex or love making means only Procreation then what about those Heterosexual couple who are not able to procreate because of some biological problem? that means they are also not allowed to staying together & living their life? excuse me what the crap you #SupremeCourt talking about?

Look back to the History, History proves Homosexuality is ever exists since Human being exists.Look back to the History look back to the Ramayana,What is Hijra community? They are also part of LGBTQ community. Then why some Indian illiterate people are giving excuses of Indian Culture? If two homosexual people staying together or get married why the society giving so much concern about this matter because its not gonna effect anyone’s life neither it can change Any heterosexual people into Homosexual, if it would happen then why Homosexual people is coming out from Heterosexual people? there is really no logic behind this shitty excuses. Why people wants to see what is going on behind the door of someone’s bedroom? Its absolutely uncultured behavior. isn’t it? Its about my right with whom I will fall in love,staying together & sharing my bed. Who the hell is Supreme Court gives us the suggestion to whom I will share my life? The British, from whom we borrowed #section377, decriminalised homosexuality back in 1967.

As we can see British Country Like United Kingdom is gonna Legalize Same-Sex marriage from 29th March 2014, where New Jersey, New York,Australlia & many more countries already legalized Same-Sex marriage. If #SupremeCourt thinks their judgement towards Homosexuality will change someone’s sexual orientation then its absolutely wrong,your judgement is not gonna change anyone’s sexual orientation, it was there, it is there & it will be there but yes people has lost trust from #AndhaKanoon. About putting into Jail Homosexual people? there is officially 10 millions people are Homosexual in India, so you are gonna put them into jail? are you seriously kidding me? & about curing Homosexual people as #BabaRamDev said,let me tell you why it would be cured? Its not disease or illness & that is proved by medical science & Medical bench has accepted this thing quite long time back.If it is choice then why people chose such this sexuality where there is no respect,no courages.

As per the judgement – Please note:

being Gay is not illegal having gay sex is illegal.( what is the logic behind this? Gay people will have to have straight Sex? Are you fu**ing kidding me or what? ) Stop being so much Hypocrite & Illiterate. Love is love whether it is Heterosexual or Homosexual & Love can’t be Criminal offence. Hate is the criminal offence. LIVE & LET LIVE………… 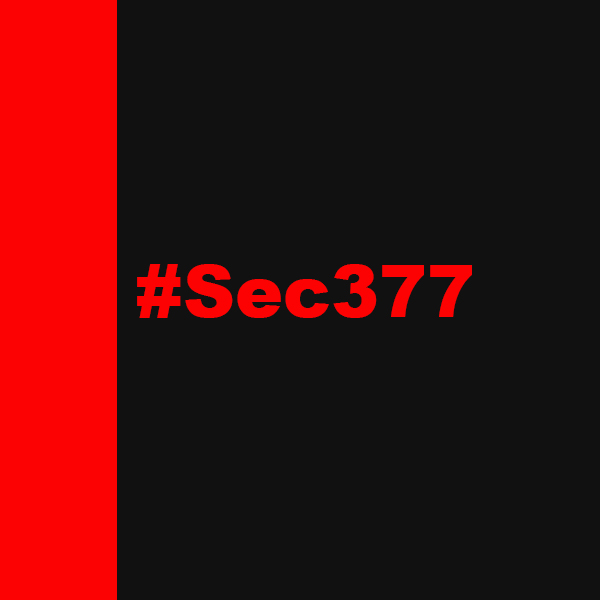