The music of the Bauls, Baul Sangeet, is a particular type of folk song. Bauls pour out their feelings in their songs but never bother to write them down. It is said that Lalon Fakir (1774 -1890), the greatest of all Bauls, continued to compose and sing songs for decades without ever stopping to correct them or put them on paper. It was only after his death that people thought of collecting and compiling his repertoire. 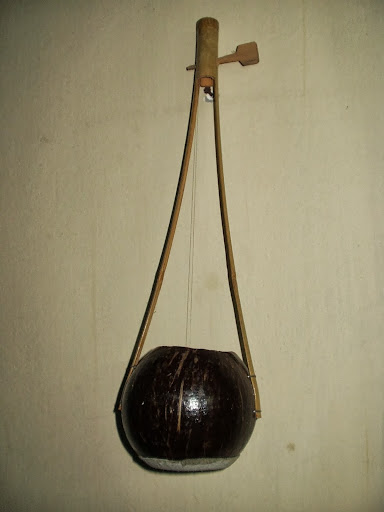 Bauls use a number of musical instruments:

1. Ektara, one-stringed “plucked drum” drone instrument, carved from the epicarp of a gourd, and made of bamboo and goatskin.
2. Dotara, a long-necked fretless lute (while the name literally means “two stringed” it usually has four metal strings) made of the wood of a jackfruit or neem tree.
3. Khamak, one-headed drum with a string attached to it which is plucked. The only difference from ektara is that no bamboo is used to stretch the string,which is held by one hand, while being plucked by another.
4. Duggi, a small hand-held earthen drum.
5. Khol & Dhol, small cymbals called khartal and manjira and the bamboo flute are also used.
6. Ghungur and nupur are anklets with bells that ring while the person wearing them dances. 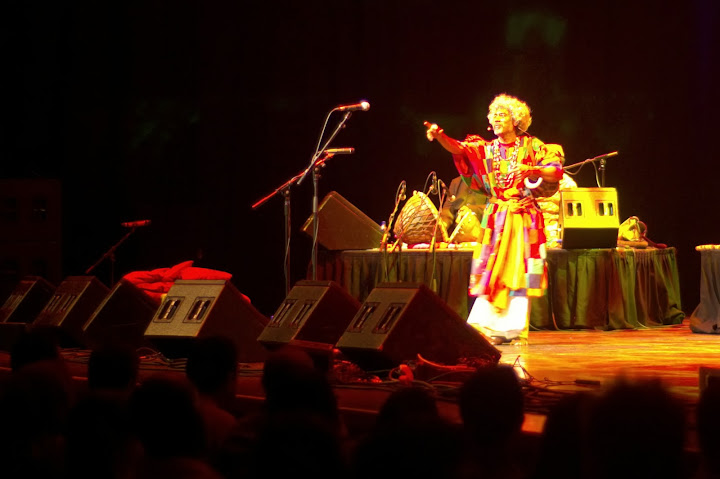 The songs of the Bauls and their lifestyle is influenced by Bengali culture, but nowhere did it leave its imprint more powerfully than on the work of Rabindranath Tagore, who talked of Bauls in a number of speeches in Europe in the 1930s. Rabindranath Tagore was greatly influenced and inspired by Bauls. Here is a famous Rabindrasangeet (Tagore song), heavily influenced by Baul theme:
Amar praner manush ache prane
Tai heri taye sakol khane
Achhe she nayontarey, alok-dharay, tai na haraye–
Ogo tai dekhi taye jethay sethay
Takai ami je dik-pane
Tagore’s own compositions were powerfully influenced by Baul ideology. His music also bears the stamp of many Baul tunes. Other Bengali poets, such as Kazi Nazrul Islam, have also been influenced by Baul music and its message of non-sectarian devotion through love

Though Bauls comprise only a small fraction of the Bengali population, their influence on the culture of Bengal is considerable. In 2005, the Baul tradition was included in the list of “Masterpieces of Oral and Intangible Heritage of Humanity” by UNESCO. 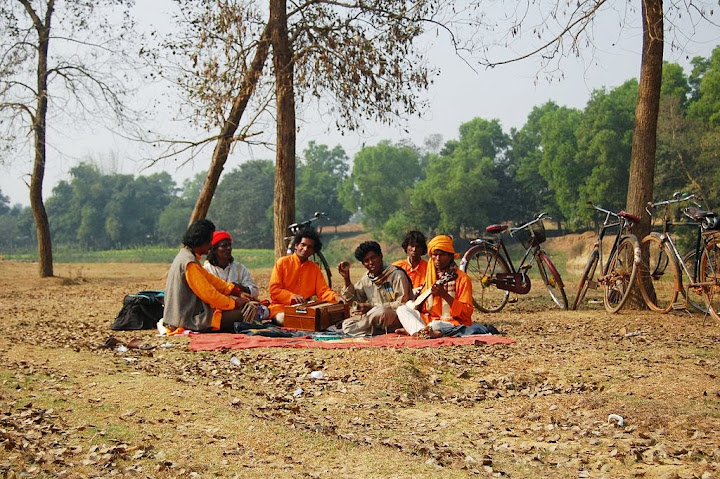 Paban Das Baul at “Nine Lives” concert, 2009.
Bauls are found in the Indian state of WestBengal and the eastern parts of Bihar and Jharkhand and the country of Bangladesh.
Every year, in the month of Falguns (February to March), “Lalon Smaran Utshab” (Lalon memorial festival) is held in the shrine of Lalon in Kushtia, Bangladesh, where bauls and devotees of Lalon from Bangladesh and overseas come to perform and highlight the mystics of Lalon.
Palli Baul Samaj Unnayan Sangstha (PBSUS), a Bangladeshi organization, has been working to uphold and preserve the ‘baul’ traditions and philosophy for the last nine years. The organisation often arranges programmes featuring folk songs for urban audiences.
In the village of Jaydev Kenduli, a fair is organized in memory of the poet Jaydev on the occasion of Makar Shankranti, in the month of Poush. Many Bauls assemble for the mela that it is also referred to as “Baul Fair”.
In Shantiniketan, during Poush Mela, a large number of Bauls also come together to entertain people with their music.
For the last five years a unique show has been organised in Kolkata, called “Baul Fakir Utsav”. Bauls from several districts of Bengal as well as Bangladesh come to perform. The Utsav continues for 48 hours.