Bhagandeshwara Temple is situated on the upstream stretches of the river Kaveri  in Kodagu district of Karnataka.India  Bhagamandala is a pilgrimage place. Here the River Kaveri is joined by two tributaries, the Kannike and the mythical Sujyoti river. Bhagamandala is considered sacred as a river confluence (kudala or triveni sangama, in Kannada and Sanskrit respectively). Similarly the other related place is Udhaka mandala (British name: Ooty) which means land beside water body in Kannada and Sanskrit respectively. 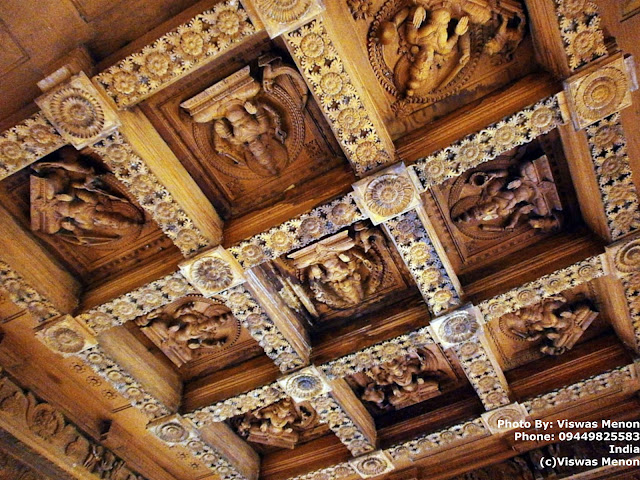 It is a common practice for pilgrims to take a dip in the triveni sangama and perform rituals to their ancestors before proceeding  to Talacauvery, the birthplace of Kaveri. During Tula Sankramana which falls on October 17 or 18th, pilgrims assemble here in large numbers.

A short distance from the triveni sangama, is the  famous  Sri Bhagandeshwara temple, where Bhagandeshwara (Ishwara), Subramanya, Mahavishnu and Ganapati idols are installed. 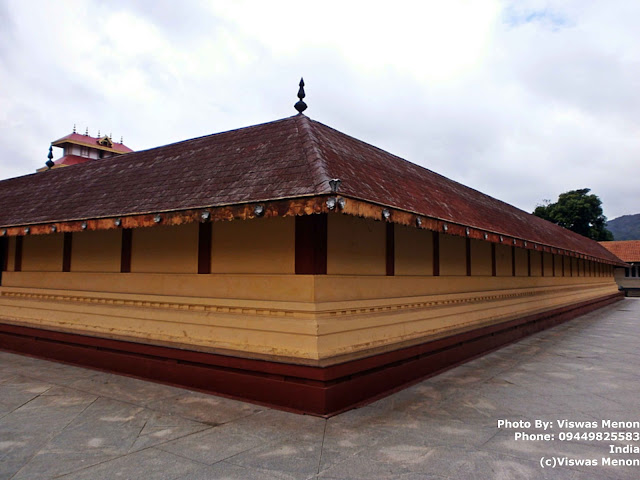 This place is also known as Bhagandeshwara Kshetra, from which the name of the place Bhagamandala is derived. The temples in this area are built in Karavali (West Coast) style. During 1785–1790, the area was occupied by Tipu Sultan. He renamed Bhagamandala to Afesalabad. In 1790 King Dodda Vira Rajendra took Bhagamandala back into the independent Kodagu kingdom. Mount Thavoor with it’s towering peak overlooks Bhagamandala. Mount Koppatti, is another peak nearby. Both these peaks serve as fantastic trekking routes for anyone wishing to savor the mesmerizing beauty of the Shola forest range. 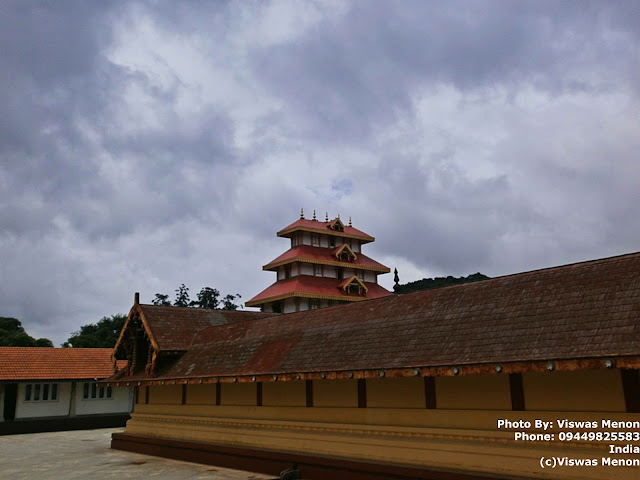 According to the Skandapurana, the Bhagandeshwara temple is named after Bhaganda Muni who installed the Shivalinga here. It attracted the devotion of many royal dynasties of Karnataka. The Bhagandeswara temple complex though said to have been built by the Cholas prior to the 11th century, it  sports the gabled roof style of the Kerala temple architecture that is common in the west coast. 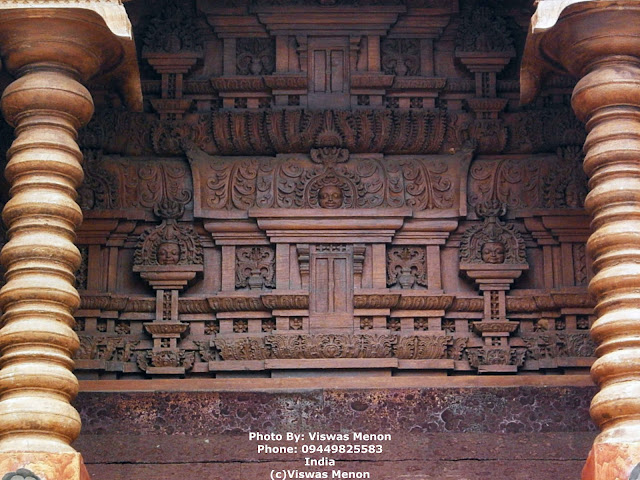 The temple underwent renovation during the 17th century. The ceilings have intricate wooden carvings on them. Vegetable dyes have been used for making murals. Hindu mythological stories and events have been depicted very beautifully in this temple. 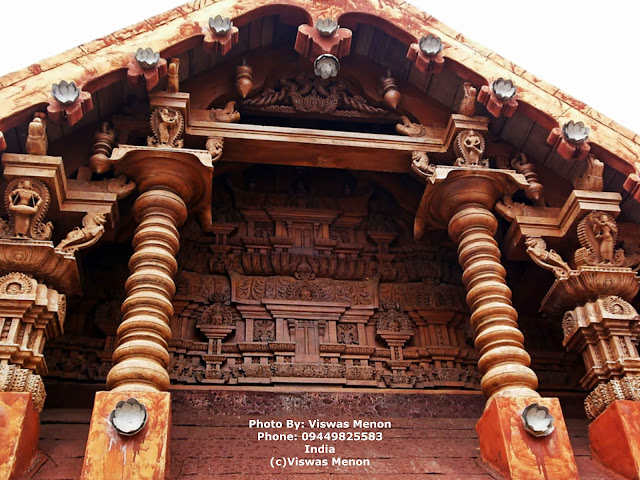 Sri.Bhagandeswara Temple complex houses Sri.Bhagandeswara, Sri.Subramanya and Sri.Narayana. All three temples are facing east and appear to be more than 10 centuries old. This is one of the very rare temples where Shiva and Vishnu coexist with in the same premises.

Lot of additional work has been executed by various dynasties including the Wodeyars of Mysore. An eleven day ritual for the reconsecration of the idols at the Bhagandeshwara temple complex at Bhagamandala in Kodagu began from April 2,2009. 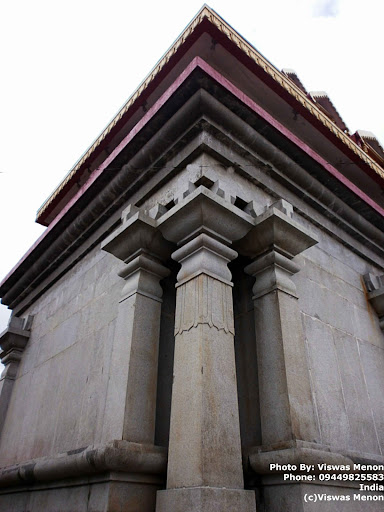 Various pujas were held from April 2 and the reconsecration of the idols of Sri Bhagandeshwara, Sri Mahavishnu and Sri Subramanya was held on April 9, 2009. The “Brahmakalasha” and “Kumbhabhisheka” were offered at the temples on April 12, 2009. The former puja was offered for the first time since the times of the former rulers of Kodagu,. The cost incurred for observing these rituals was about Rs.30 lakh. 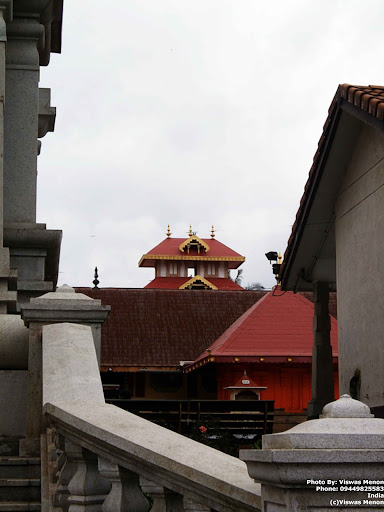 The wooden carvings in the Sabha Mantapa or Kalyana Mantapa in front of Sri. Subramanya and Sri. Narayana temples are note worthy . Also, the Balikallu mandapa ceiling at the entrance to the temple has a beautifully carved ceiling which is worth seeing. 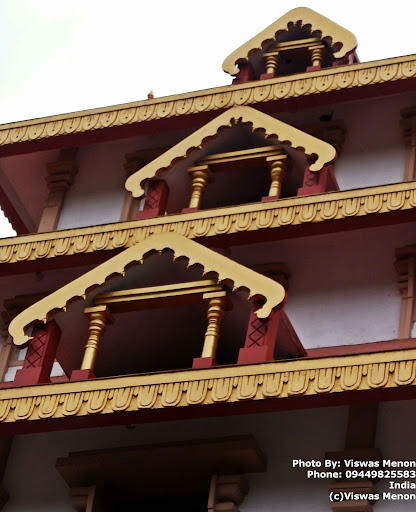 Overall the temple is situated on the beautifully  banks of rivers Cauvery, Sujyothi and Kannika. Of these, Sujyothi is a Gupta Gamini (unseen river) that flows underground. Ground water experts have confirmed it and as the legend says, the source of that river originates from the Sri.Subramanya temple. 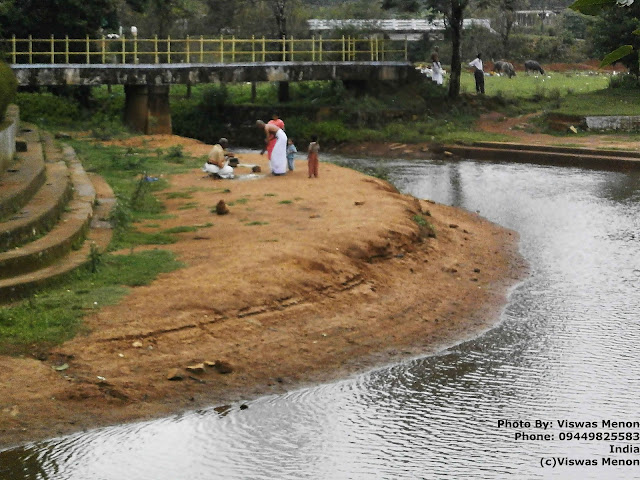 Although this temple is a site of archaeological importance because of the many beautiful works of art it is still not protected under any act. It is conserved and maintained by the Cauvery Development Board which also renovated the temple . Earlier this Kshetra was also known as Sri.Subramanya Kshetra.

Regular prayers and rituals are conducted at the temple. Aanadhana (Charity of food) is offered to all devotees and the poor every afternoon after the afternoon prayer.

Bhagamandala is a famous Honey marketing center. The Apiary (bee rearing center) here is called Madhuvana. The museum at the center exhibits rare objects related to bee keeping and is the only such center in the entire state.The center also houses the  Apiculture Training Institute run by the state government.

Bhagamandala is about 33 km from the district headquarters Madikeri. It is connected by paved roads from Madikeri, Virajpet and nearby places in Karnataka. Government and private buses are available on all of these routes. 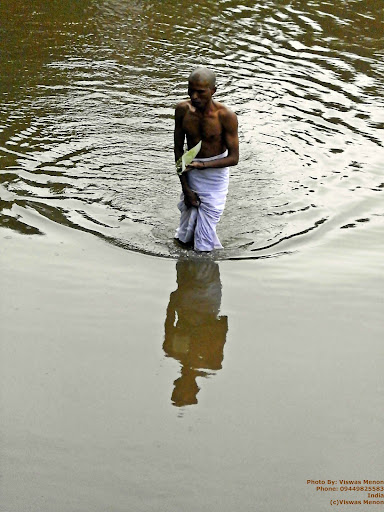