A lot of expectations were headed to Apple WWDC 2013 Keynote . iOS7 is one of the main reason for that. After long long suffering, iPhone users were expecting something other than that the same flat interface. And the result is following. 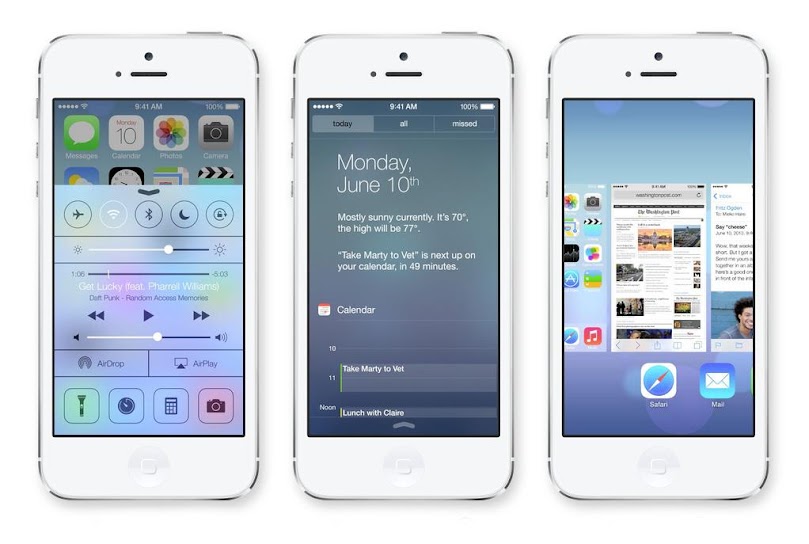 They have tried to change the flat interface and introduced a 3d effect in background and added some dimensions between each layers of the view. and its icons are become little different in color .

Considering the new revolutions of simplicity and white prior looks into the website designs Apple has introduced that idea in iOS too. And make it less junked and clear from every angle of its detailing.

though the company is claiming this mobile OS is completely new but watching it for a glance you will definitely find a huge influences of previous os has taken effect into it.

The counting of dislikes are noticeable in every promotions of this iOS7. Maybe the users were expecting something more new. Lets wait and see what will be the public reactions when they get it in their hands.