When Google changed their theme to Pather Panchali to celebrate the birthday of film maestro Satyajit Ray it was indeed a moment of pride for every Indian.This genius was awarded the prestigious Academy Awards for his lifetime achievement. But as a child when i was introduced to his juvenile literature, it was quite an experience for me.From detective feluda to scientist professor Shanku, he hypnotized generations with his story telling.Feluda along with his sidekick Topshe and writer friend Lalmohan Ganguly was a part of many adventures all over India and even HongKong or London.He was aided by Sidhu Jetha- a living encyclopedia. 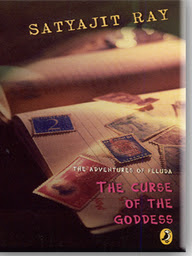 People often term Ray as a versatile genius. Most probably he is the pioneer in introducing aliens to Bengali literature(Bonkubabu r Bondhu).His short stories spoke about painters, musicians and many different issues.he also translated ” Mollah Naseruddin” in Bengali.His knowledge about child psychology was reflected in write ups like “Piku

His films like “Goopy Gyne Bagha Byne” , ” Hirak Raja r Deshe” , ” Sonar Kella” are very popular among both young and adults.Thus words fall short everytime we speak about his creations.All we can say is “Maharaja Tomare Selam”. (Salute you, Sir)